NASA Parker Solar Probe mission, which launched on August 12, 2018, has successfully completed five solar orbits (see perihelia in the table below) and six encounters. All systems are nominal.

The data releases, Perihelia, Orbits, Encounters and Data Collection Periods (DCP) are listed in the tables below. Definitions and a graphic explaining PSP orbits, encounters and DCPs are included at the bottom of the page.

Orbit – A PSP orbit is defined from Aphelion to Aphelion.

Encounter – An encounter is the period when the spacecraft is within 0.25 helioradius.

Data Collection Period – Selection of data collection periods balances prioritization of encounter data downlink and spacecraft Solid State Recorder (SSR) management. DCPs labeled nnA typically start before an encounter and may end before the start of the next encounter, if there is no DCP nnB planned for that orbit. The primary reason for having a DCP nnB period is to transfer the data of previous encounters from instrument SSRs to the spacecraft SSR. If there is a DCP nnB planned for that orbit, it starts at the end of the DCP nnA and usually ends before the next encounter. 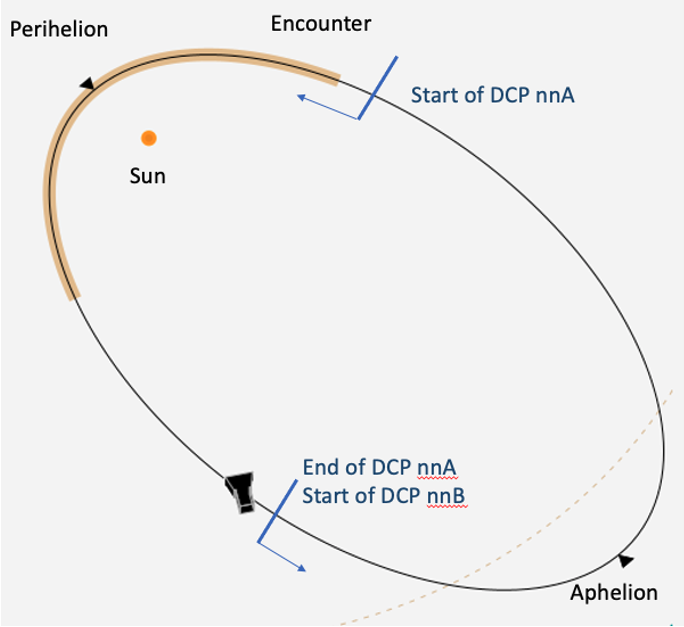